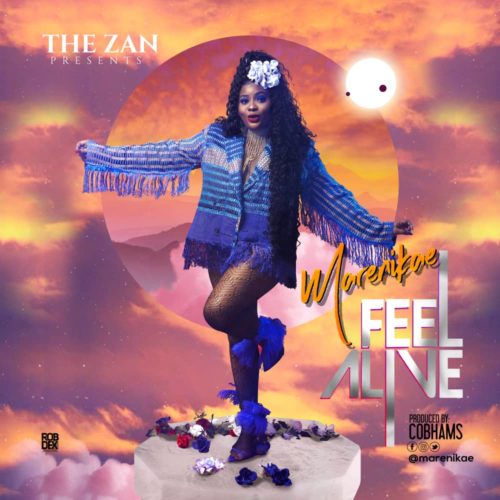 If you aren’t familiar with this talented music sensation known as Marenikae, this is a good way to get introduced.

With the release of her debut album “Ajebutter” in 2018, Nigerian native Marenikae positioned herself as one to watch on the African music landscape thanks to the creation of her own Afro-Merge music stylings.

Her latest single ‘Feel Alive’ was co-written and produced in Houston by Cobhams who not only created the concept of the song but also arranged and served as a vocal producer.

The concept is quite intriguing and a little odd, we might say but knowing Marenikae, things always get a lil’ weird. Imagine dancing at a club with a guy you find very attractive; he’s putting in the work on the dance floor and busting all the moves. However, he’s trying to be way too forward with you because he finally “feels alive” and you’re trying to decide if you find his forward-ness attractive or just downright off-putting. We warned you it was weird but how weird? You be the judge of that?